Lily Klöker met the like-minded artist Bram van Velde in the blossoming artist's colony of Worpswede around 1922. It was love at first sight: he painted her portrait and she painted his. The couple moved to Paris in 1924 and married there in 1928. In Paris Klöker painted figure studies and cityscapes, as can be seen in the present lot. They also lived and worked in Corsica and from 1931 onwards in Mallorca. When the Spanish Civil War broke out in July 1936 all foreigners were summoned to leave the country. However, just three days later, on 20 July 1936, Lilly van Velde-Klöker died as a result of a medical error during surgery. Her work is extremely rare: from a painting from 1934, now in the Silkeborg Kunstmuseum in Denmark (from the estate of Asger Jorn), we know that her work was more abstract in her later years. 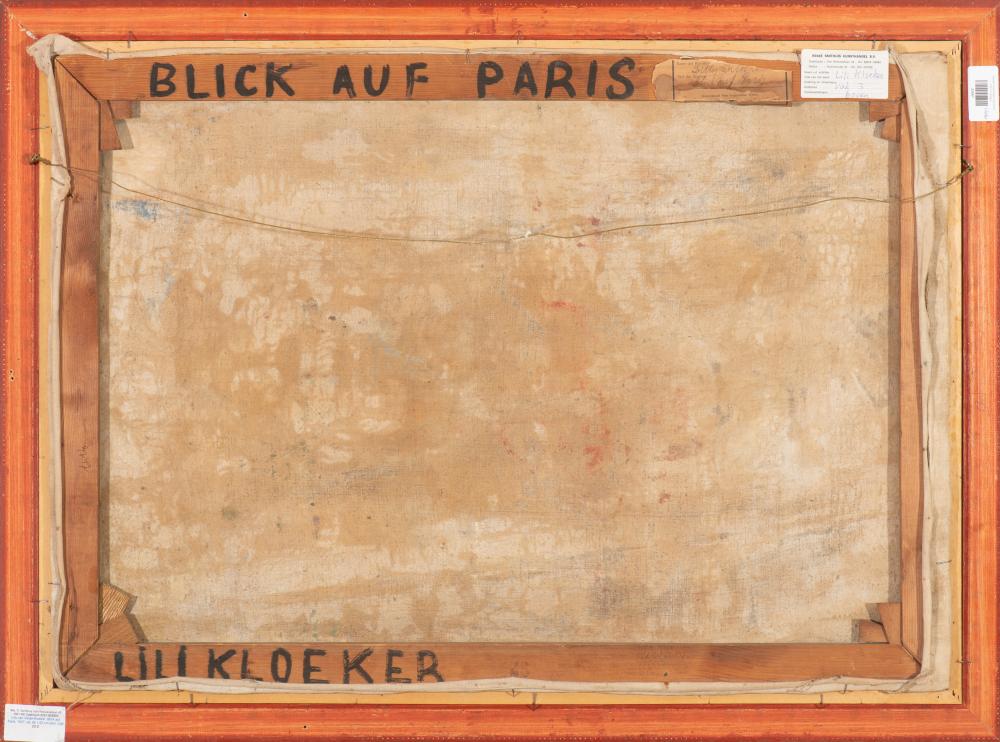