Frans David Oerder lived and worked in Rotterdam (1889), Brussels (1889), Pretoria (1908), Italy (1909), Rotterdam (1909), Berlicum (1920), Utrecht (1923), Amsterdam (1938), then Cape town and Pretoria (South-Africa). Student of Art Academy Rotterdam under guidance of J. Striening and A. van Maasdijk, where he was awarded The King William III Gold Medal and Bursary for figure painting. Later he studied in Brussels under guidance of E. Blanc Garin. After his studies, he followed his brother to Pretoria where he undertook assorted jobs to sustain his interest in art in the isolated Republic of South Africa.

With the outbreak of the South African War in 1899, he joined the Boer side of the conflict and was South Africa`s first war artist. The financial depression in the country forced him to return to The Netherlands where he remained for the next thirty years although he retained a close contact with South Africa by regularly sending out works for exhibition. This pastel was probably painted in these three decades in Holland. He returned to South Africa in 1938 where he stayed until his death in 1944. Oerder was a versatile artist but a unifying aspect of his work was his pre-occupation with light, and he was one of the first artists to convey the intensity of African light in his landscapes of the Transvaal highveld. Oerder has masterly used an autumnal palette to create a domestic scene that is contemplative, contained and reflective. Painted, drew, etched and lithographed landscapes (South-African subjects), town views, animals, portraits (children), flowers and other still lives. In South-Africa he is highly regarded and rightly so: his impressionist works with a vivid color pallet were honored with silver medals in Amsterdam (1912) and Arnheim (1913). Frans was a member of the Art Societies `Arti et Amicitiae` and `St. Lucas` in Amsterdam, `Pulchri Studio` in The Hague, `Kunstliefde` in Utrecht and `De Rotterdammers` in Rotterdam. Teacher of H. Pierneef and A. Tax. Exhibitions: Amsterdam, Rotterdam and The Hague (1877-99); 1896: one-man exhibitions in South Africa and Europe; 1950: Memorial Exhibition, Old Pta Art Gal.; 1953: Rhodes Cent Exhib, Bulawayo 1965: Retrospective Exhib, Pretoria Art Museum; 1979: `South African Printmakers`, SA National Gallery, Cape Town. Museums: South African National Gallery, Cape Town; Johannesburgh Art Gallery; Pretoria Art Musuem; Durban Art Gallery; William Humphreys Gallery, Kimberly; King George VI Gallery, PE; African Museum, Johannesburgh; Albany Museum, Grahamstown; Bloemfonteinn War Museum; Rembrandt Art Foundation; Sanlam; Den Bosch, The Netherlands. Bibliography: Luns; Plasschaert; Van Hall I; Waller; Scheen. 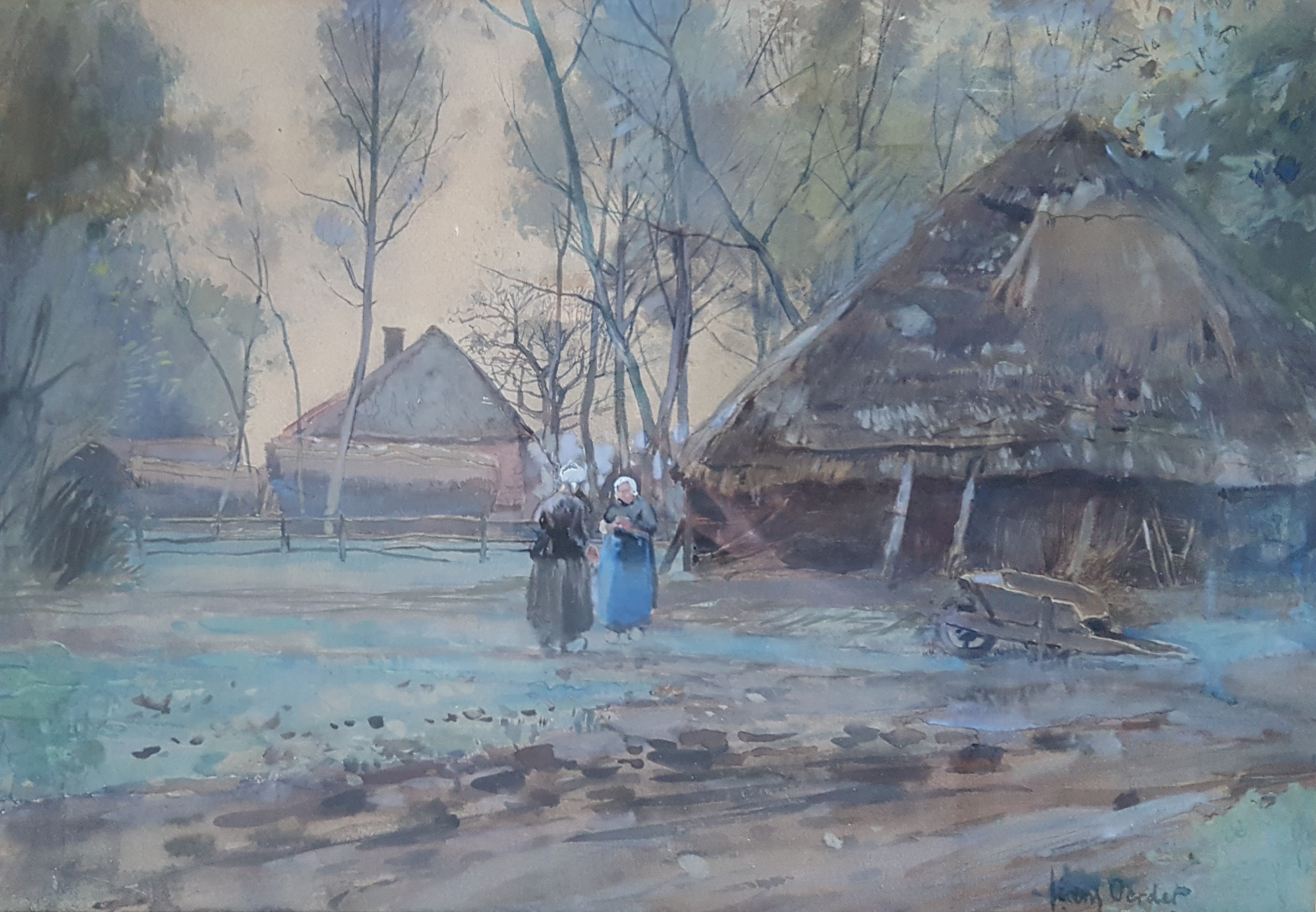 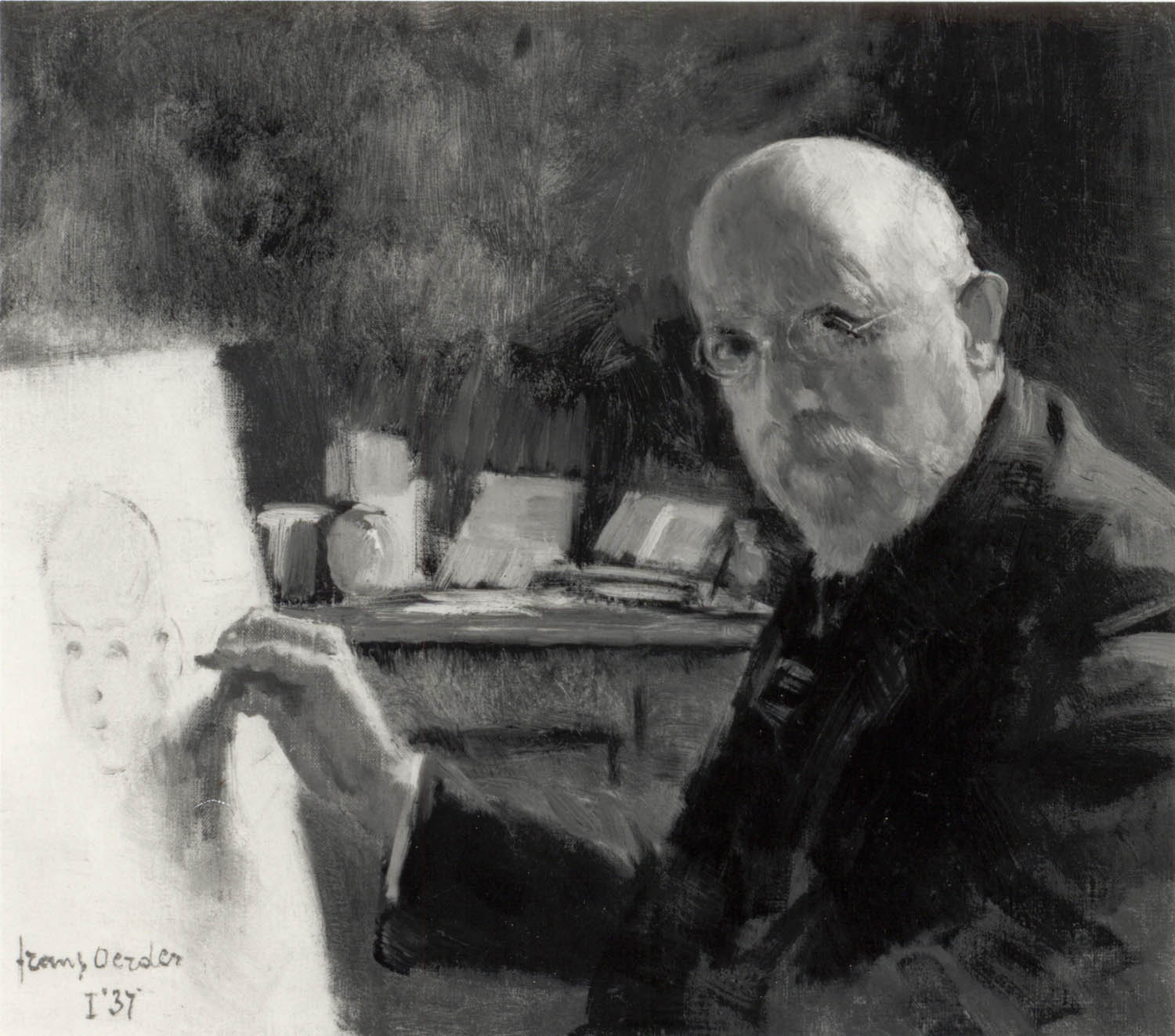 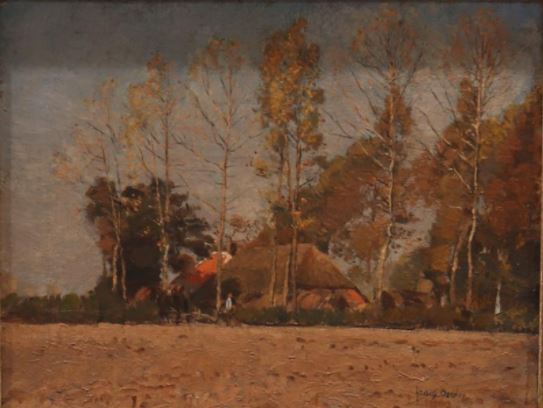 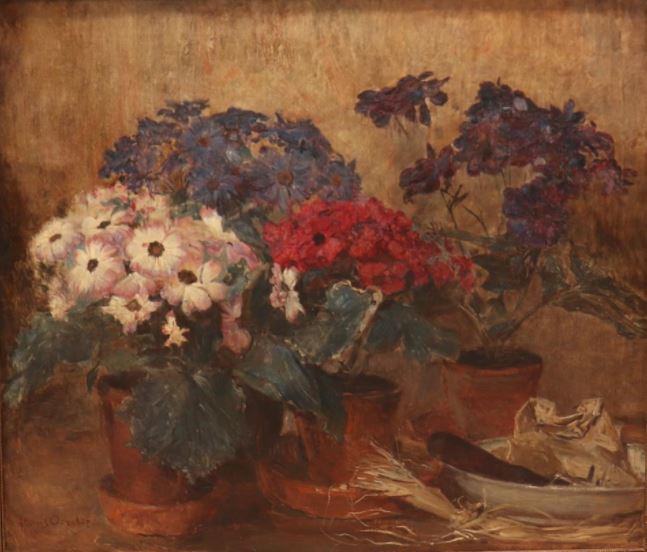 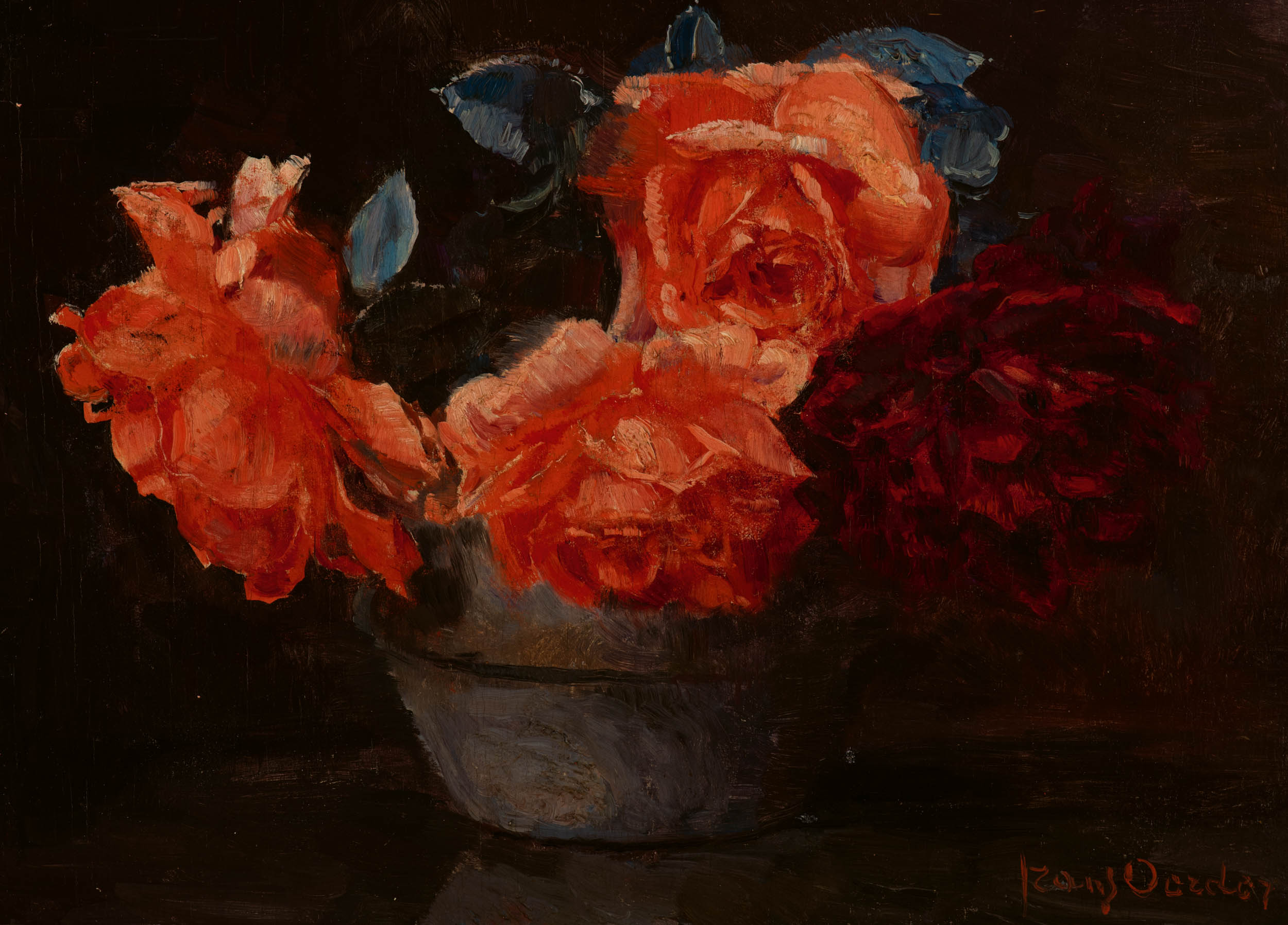 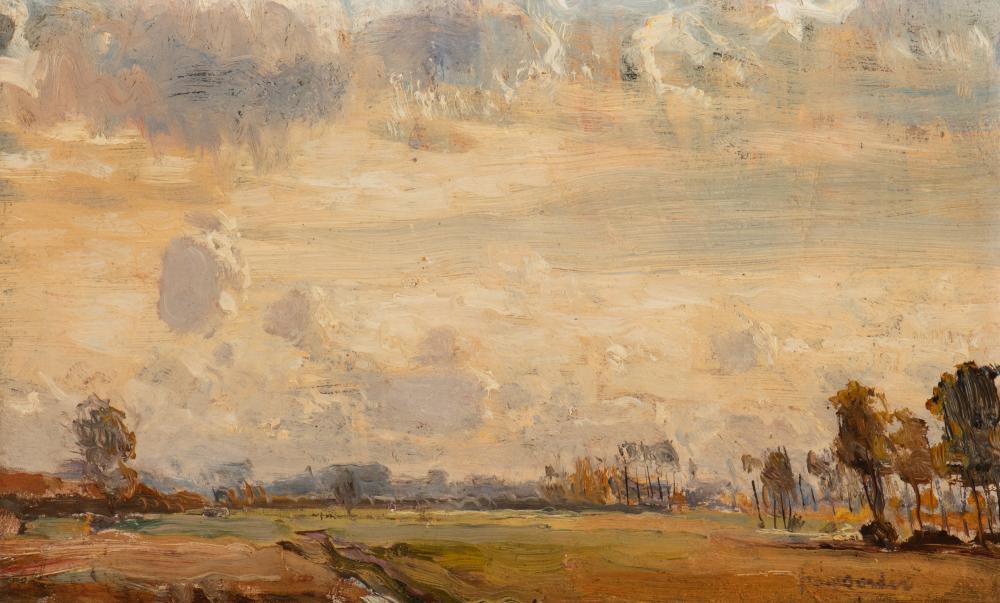 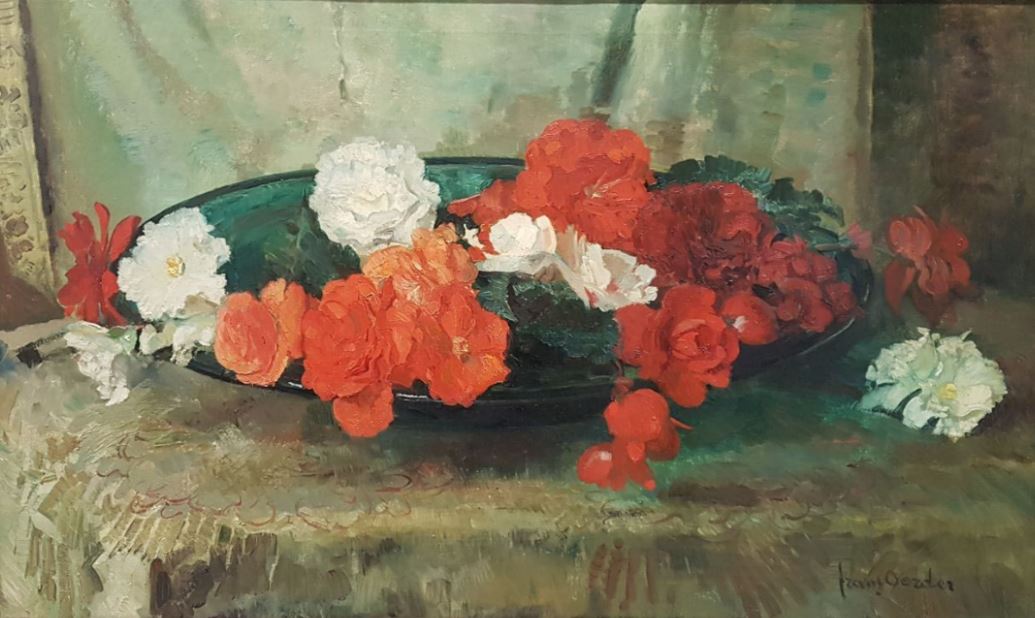 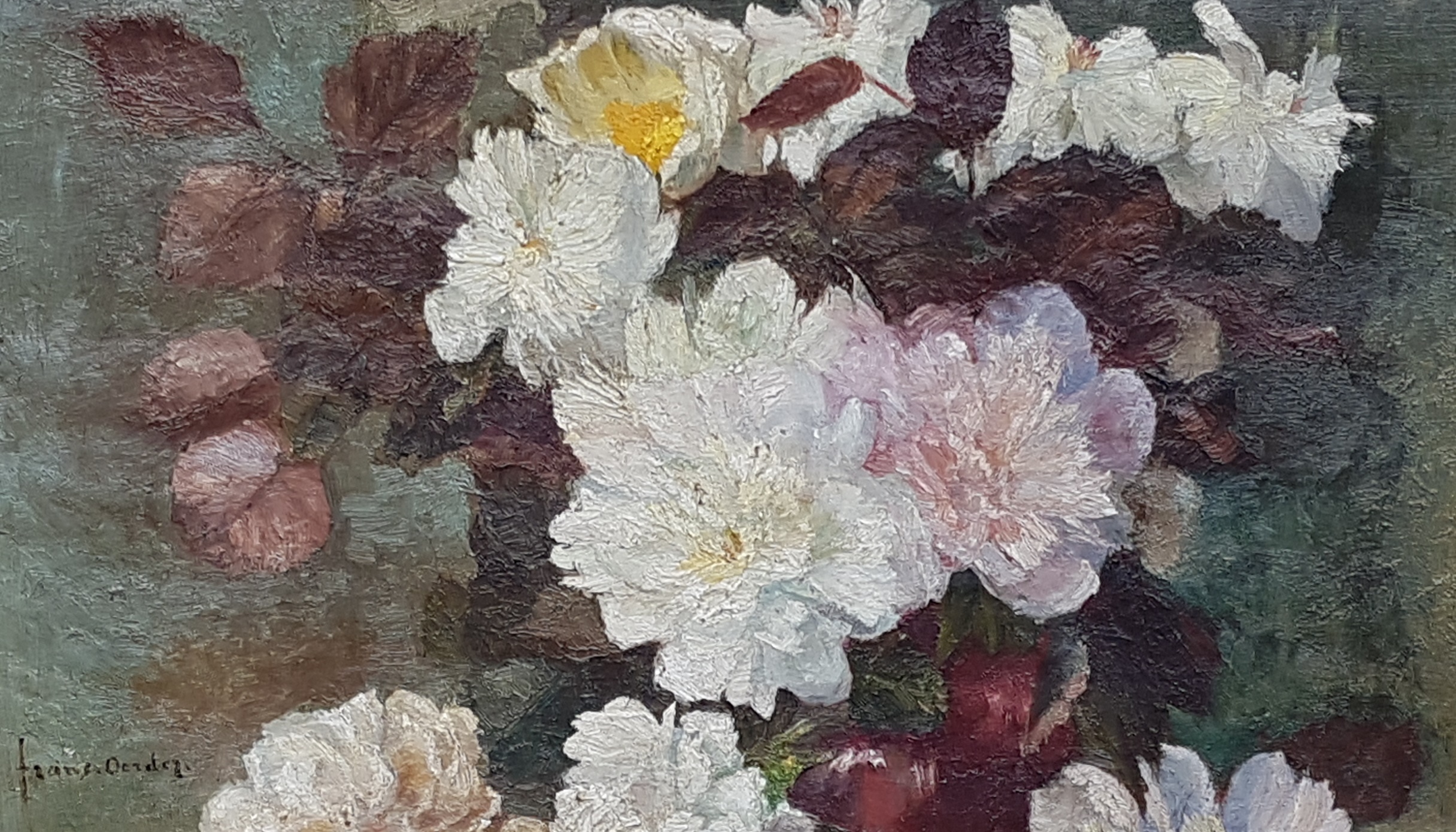 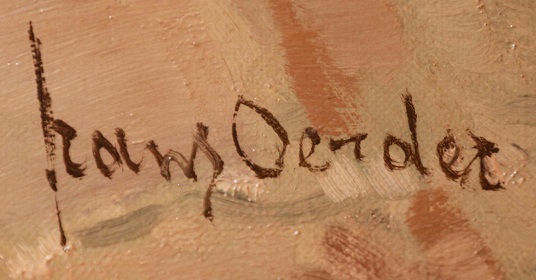