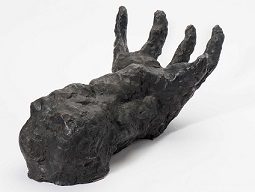 Gallo studies Architecture at the university but he does not complete his studies, in order to dedicates himself to art. In 1976 he has his first exhibition at Ferro di Cavallo Gallery, and in 1979, he exhibits for the first time abroad in the exhibition Europa 79 in Stuttgart. In the same year he establishes his studio in San Lorenzo, in the former Pastificio Cerere. In 1980, he has a solo show at the Galleria Ugo Ferranti, where he will often exhibit in the following years. In 1981, with Bruno Ceccobelli and Gianni Dessi, he holds exhibitions at the Groninger Museum (Netherlands) and in 1983 at Salvatore Ala Gallery in New York. In 1984, the three artists together with Domenico Bianchi, Piero Pizzi Cannella and Marco Tirelli, take part in the Ateliers exhibition, curated by Achille Bonito Oliva.

Since the early 1980s, he dedicates himself to the definition of a new understanding of the painted image, using the technique of encaustic. The paintings are full of images and symbols in bright colours that flank the boundary that separates figuration from abstraction, combining details of figures without respecting any compelling logic, with the intention of generating an alienating effect. In 1985, he exhibits for the first time at the Galleria Sperone in Rome and the following year at the Sperone Westwater Gallery in New York. In 1986, he participates to Quadrennial of Rome and Venice Biennale, where in 1990 he is given a personal room. Important solo shows are held at Galleria Civica d’Arte Moderna di Spoleto (Path Amoroso. Sculptures 1986-2004, 2004), Macro in Rome (All in, 2007) and Kunsthalle Mannheim (2008). 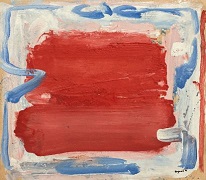